Riding through the Waves like Poseidon Scouting Out Film Locations 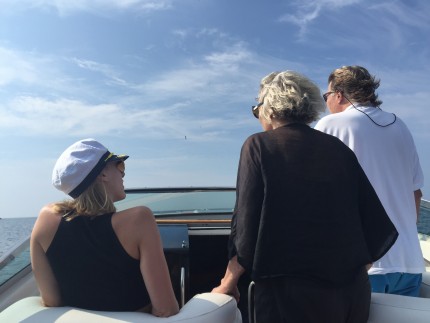 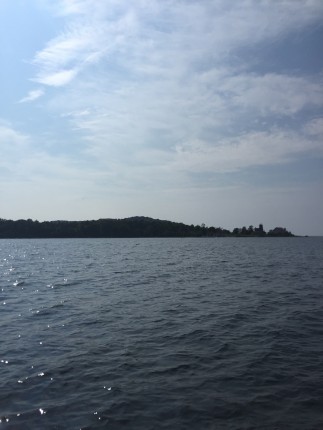 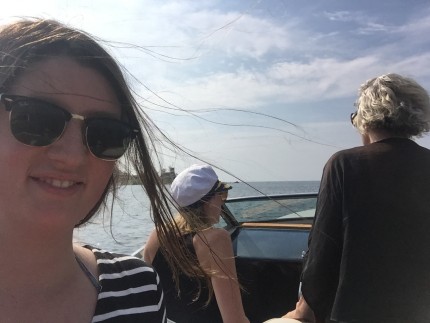 On Labour Day Sunday, I rode through the waves like Poseidon with my brother John and the young film makers who are making a film of my last novel, The Western Light. It is set in a tourist town on the Georgian Bay.

We scouted out the lighthouse on Hope Island, part of a trio of huge wooded islands off Cedar Point on the Georgian Bay. The blue watery realm is so isolated that the physical experience of being there feels like drifting into a metaphysical dimension. This atmosphere is partly created by the lack of cottages or homes since the islands belong to the band on Christian Island. The film makers Hannah Cheesman and Mackenzie Donaldson took pictures and tried to imagine filming in such a rugged location. Unfortunately, the original top of the 1881 lighthouse had been replaced by a steel structure and light. Hannah is wearing a captain’s hat; Mackenzie is smiling into the camera.

These are Mackenzie’s photos, a taste, she says, of our afternoon on the water. The trip ended with a visit to the Waypoint Health Centre in Penetang, the old psychiatric hospital that is also in my novel. An old Georgian Bay lighthouse is also in the story.

Hannah and Mackenzie were just named two of the 2015 top five people to watch in Canadian film. Their short Boxing is at TIFF this September. The other producer Lauren Grant was home looking after her month old baby. Her most recent feature Wet Bum, which debuted at TIFF last year, was featured in a recent Globe and Mail article.

← Film Deal for The Western Light with Upcoming Canadian Women Producers
Anxiety Pancakes: When Is A Novel Finished? →