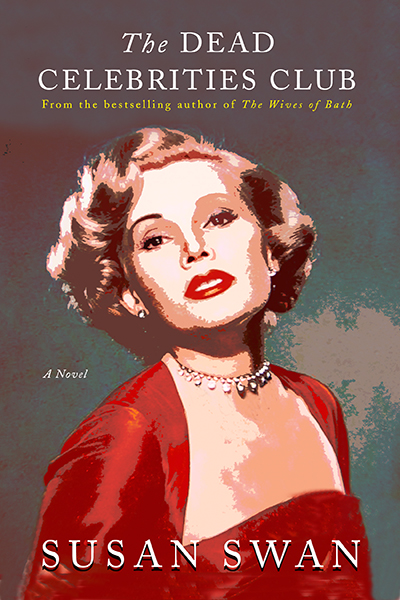 Off to Jail Excerpt: The Dead Celebrities Club

Anxiously, I follow the C.O. into a room the size of my walk-in closet in the Receiving and Discharging Building. I have purposefully worn an old, double-breasted suit, and when the C.O. asks if he should mail my clothes home, I suggest he burn them. The man doesn’t crack a smile. Instead he asks me to undress and then he searches my orifices; his latex-sheathed fingers inside my rectum feel thick and unpleasantly warm.

I receive the standard prison issue: two large-sized khaki uniforms called “browns,” two blankets, two sheets, and a pillow. I am also given undershirts, socks, and undergarments. I can buy sweat pants at the commissary shop. Then the guard marches me out into the yard and leaves me standing dizzy and frightened like a prison mole blinking up at the light.

Unfortunately, the dope has left me feeling light-headed. If you aren’t subject to spells of dizziness, it’s hard to fathom a sensation akin to a window opening behind your eyes, a porthole that lets in air where coil upon coil of your brain matter should be. As soon as my dizziness kicks in, my heart begins beating too quickly. The sinus node, the body’s natural pacemaker, is sending the wrong electrical impulses through the right
atrium, increasing my heart rate. Because I make a crash when I fall, because a large falling man changes the environment no matter how much I might wish otherwise, because I will end up a creature of ridicule, I have no interest in fainting on my first day in my new home.

The tang of male sweat drifts my way. I force myself to turn around. Nothing anyone has said prepared me for the sight in the prison yard. I may as well have stepped into a scene from the television show Oz. Most of the ne’er-do-wells are black or Latino, while the beefy guards are white-skinned, and they all stand waiting for me to play my role in the tawdry prison melodrama to which I’ve been consigned against my will.

Over by the gate, an imposing black man wearing a Vandyke is heading

my way followed by three guards who are each restraining a German shepherd. The man’s closely shaved head rests like a black bowling ball on his shoulders. As he comes closer, I see he is wearing rimless glasses and a dark business suit. His stiff military bearing and the way the other men look at him suggest I am about to meet the warden.

Nathan Rickard, the warden says, extending his hand. The tremor in his voice suggests my presence is having an impact. Celebrity has a habit of doing that, although you could chop up my Midas-like traits, along with the traits of other celebrities, and feed the parts into a blender and out would come some variation of a well-known financier and nobody would notice the difference. I was once mistaken for Wolf Kruger, the head of the securities commission. Wolf and I don’t even look alike. Yet there is something there—a grave facial expression—a knowing gleam in the eye. The gold dust of celebrity does the rest.

Behind the warden, some of the prisoners are clapping and calling my name while others are yelling the same insults the journalists had used earlier: Fraudster! Crook! You get the gist. The warden ignores the men and steers me forward, his large dark eyes behind the lens of his glasses darting warily around the yard. We have almost reached the prison buildings when three men step into our path. Is one of the miscreants about to stick me with a knife? They could be bubble-wrapped for all the good my ability to read my fellow humans does me this morning. While I try to quiet the arterial flutters of my heart, one of the scofflaws shouts, Make us rich, Dale Paul!

With your money and my ideas, we’ll go far! I execute a mock bow.

The scofflaws call out enthusiastic hurrahs. The German shepherds begin to bark, standing on their hind legs, straining against their leashes; the guards appear to be marshalling all their strength to keep the dogs under control. A whistle shrills; the dogs drop to all fours, stop barking, and the cries die away. By the time the warden and I reach my dormitory, the place has assumed a churchy quiet.

If you figure out how to make money in here, let me know. The warden smiles an odd, secretive smile.

You have my word, good sir, I reply.

Heck, you sound just like you do on television. He chuckles.

He doesn’t realize I am serious. In the parking lot this morning, while my friend Nugent stood chatting with the guard, the idea of betting on the death of aging celebrities popped into my befuddled brain like the ping of an email dropping into my inbox. To qualify, you must be in the news and about to die.

Can you see where I’m going with this? Well, all in good time.

To read about the writing process for this novel,

← Can someone like Dale Paul be forgiven?
Writers & Fraudsters: We Dream Big and We Believe Our Lies →